Home Finance News Is the Economy Rigged? (And How to Rig it for You) 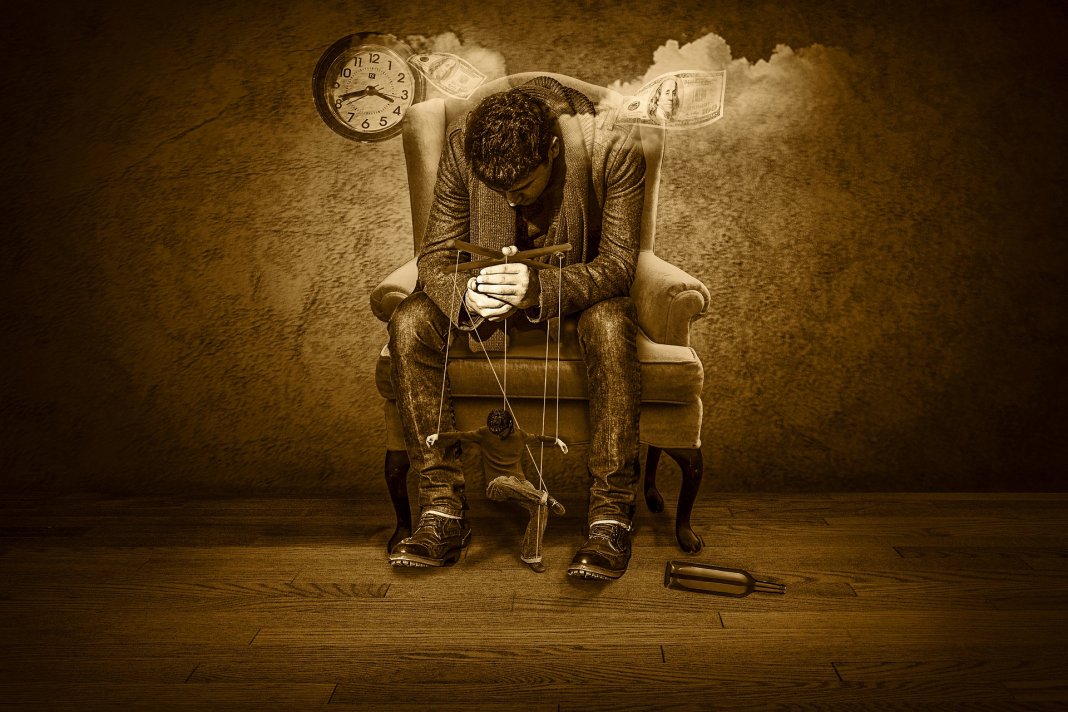 Trust in many things in America is at an all-time low: the government, big business, the media, even churches. One of the main complaints I hear as an economist (and I’ve been hearing it for a long time, it’s not a new complaint) is that our economy is “rigged.”

People who say this mean often different things, but the general gist is that certain types of people (usually the wealthy, but not always) have advantages that are impossible for the “average Joe” to overcome. A 2016 poll showed that 71% of Americans believe that the economy is rigged in favor of certain groups. The majority of all races and political parties believe this.

And they have some facts on their side. One way the economy can seem rigged is our educational system. If you graduated college, on average you earn substantially more than someone who didn’t. But the cost of college has skyrocketed so that it’s harder for people who aren’t rich to attend. The children of well-off parents go to college at a much higher rate than those of poorer Americans. Poorer Americans, in contrast, try for-profit “failure factory” colleges that promise good jobs for high wages after graduation, but instead leave students under a pile of debt.

Next, let’s a look at what happens once you get a job. In the working world, you make money for your employer and they pay you for your work. So let’s compare real wages vs. labor productivity. One would guess that as labor becomes more productive, they earn more. And this was true in the USA for a long time. Until about 1980. Since then, labor has continued to get more productive (think about all the technology we use in our jobs that we didn’t have in 1980), but wages have largely stayed the same.

Where is all the money from this increased productivity going? In technical terms, it went to shareholders rather than workers. In plain English, the rich got richer. In slightly more words, people who own the company (usually in the form of shares of a stock, like Apple) earn a greater share of the money than the workers (who in Apple’s case are usually in factories in Asia).

Whether you think this is unfair or not doesn’t really matter. And the reasons why it happened are complex, and I’m not going to try to puzzle it out here. But it’s what happened.

A similar thing happened in the housing market. People and families who’ve owned homes over long periods have seen their investment rise in value, especially over the last 30 years. Homeownership has typically been a path to wealth for most Americans, and about over 50% of the average American family’s wealth in in their home. There’s a lot of evidence that racial bias has particularly excluded Black Americans from housing. But whatever your skin color, if you haven’t owned real estate, you’ve missed out. The average homeowner’s wealth is forty times the average non-owner’s.

I could go on all day about ways in which richer Americans have it easier than poorer ones. Some of these ways may surprise you, but probably most wouldn’t. Does all of this mean the economy is “rigged” against the regular guy? Or does it just mean the smartest, shrewdest people are winning the economic game? I’m going to let you decide that.

And frankly, it doesn’t matter. The fact is, if you want to be rich, you have to act like rich people do. And I DON’T mean by spending money you don’t have. I mean that if the economy is rigged, you have to rig it in your favor.

To Rig the Economy for YOU, Act Like a Rich Person

Let’s go back to my first point. Rich people are more likely to be educated. So if you have the opportunity to advance your education without spending much money, do it. Especially if you’re young. Many employers will reimburse you for education that’s relevant to your job. And even if they don’t, public community colleges are extremely cheap and are working extra hard to have classes that are relevant to working adults. Don’t fall for the promises of for-profit colleges; use the educational resources that your tax dollars are already paying for: the public colleges and universities. Plenty of wealthy people went to public colleges; very few went to for-profit colleges.

And here’s another benefit of being educated: being educated. Even if your classes never earn you a dime (unlikely), the time you spend learning isn’t wasted. It makes you smarter, better able to think things through and make better decisions, and exposes you to new ideas and concepts and people. Studies show that the less educated are more likely to fall for conspiracy theories.

The second way the wealthy get that way and stay that way is knowing what to do with their money once they have it. And again, it’s not by buying the biggest house or nicest car. I once talked to a guy who was the membership director at an elite private club in a wealthy resort town. Prospective members had to disclose their finances to be admitted. “I’ve got more money in the bank than some of these guys,” he told me. “They’re paying for private school, leasing two Land Rovers, huge mortgages, renting the summer house, and now five-figure dues at the club. They make millions and live paycheck to paycheck. When the financial crisis of 2008 hit, a lot of these guys lost pretty much everything.” Even rich people can be stupid, and then they don’t stay rich for long.

So how do you make your money work for you like a smart rich person? Well, we learned above that more of the profits of many companies are going to the owners of companies rather than to the workers. So own the companies. Buy stocks in companies, but don’t buy stocks in individual companies, that’s too risky. Buy stocks in LOTS of companies. These are called mutual funds, and the safest ones are pegged to big chunks of the stock market called indexes. Indexes, like the Standard and Poor’s 500 (S&P) and the Dow-Jones Industrial Average (DJIA) and the NASDAQ, keep track of how the stock market is doing broadly. You don’t have to be a stock picking genius, and you shouldn’t try.

And once you buy these stock index funds, hold them. Don’t sell when things are bad, and don’t sell when things are good. Just hold them, and let the power of compound interest do it’s work over the long term. By the way, the increase in the value of your stock funds is taxable. It’s called “capital gains”, and it’s taxed at a much lower rate (15% or 20%) than most other income (22% to 37% for income over about $40,000). This is one of the ways people consider the game to be rigged; someone whose multi-million-dollar income comes primarily from sitting on a yacht collecting capital gains is taxed at a lower rate than someone whose $100,000 income comes from working.

The housing market is another avenue to rigging the economy to work for you. The government has encouraged homeownership since the Great Depression in the 1930s. Uncle Sam subsidizes loans, and interest payments on mortgages and property taxes are deductible (to a point) Who takes advantage of these policies to the greatest extent? The rich; households with incomes over $100,000 got 90% of the benefits from tax breaks for homeownership.

The last thing to think about when trying to build wealth is that it’s a long-term process. There is no get-rich-quick scheme. The rich didn’t get rich overnight. Patience is necessary, play the “long game.” That’s what the rich do.

DollarPeak.com is for educational and informational purposes only. Material shared on this blog is not meant as professional financial advice. Some rates or numbers used may change and or differ from actual numbers, please use at your own discretion. I may earn a small commission for my endorsement, recommendation, testimonial, link or affiliate link to any products or services from this website. Also as an Amazon Associate I earn from qualifying purchases. Your purchases help support this site. Thank you!
© 2022 DollarPeak.com
We use cookies on our website to give you the most relevant experience by remembering your preferences and repeat visits. By clicking “Accept”, you consent to the use of ALL the cookies.
Do not sell my personal information.
Cookie SettingsAccept
Manage consent

This website uses cookies to improve your experience while you navigate through the website. Out of these, the cookies that are categorized as necessary are stored on your browser as they are essential for the working of basic functionalities of the website. We also use third-party cookies that help us analyze and understand how you use this website. These cookies will be stored in your browser only with your consent. You also have the option to opt-out of these cookies. But opting out of some of these cookies may affect your browsing experience.
Necessary Always Enabled
Necessary cookies are absolutely essential for the website to function properly. These cookies ensure basic functionalities and security features of the website, anonymously.
Functional
Functional cookies help to perform certain functionalities like sharing the content of the website on social media platforms, collect feedbacks, and other third-party features.
Performance
Performance cookies are used to understand and analyze the key performance indexes of the website which helps in delivering a better user experience for the visitors.
Analytics
Analytical cookies are used to understand how visitors interact with the website. These cookies help provide information on metrics the number of visitors, bounce rate, traffic source, etc.
Advertisement
Advertisement cookies are used to provide visitors with relevant ads and marketing campaigns. These cookies track visitors across websites and collect information to provide customized ads.
Others
Other uncategorized cookies are those that are being analyzed and have not been classified into a category as yet.
SAVE & ACCEPT