Home Save Money Why Economists Don’t Buy New Cars. (Buying a Used Car is the... 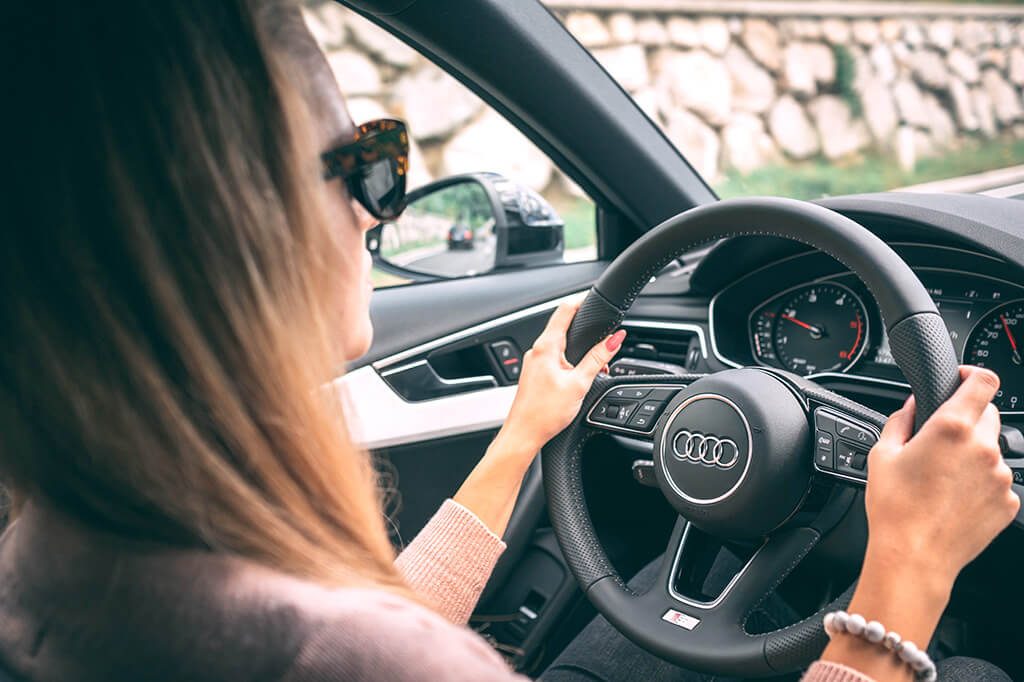 A couple years ago, I was talking with a couple economist colleagues. I had just purchased a used Prius a few years old for a great price, about 40% of the list price (I would’ve opted for something sportier, but my wife uses the car more and loved it). One colleague had coincidentally just bought a lightly used Volvo wagon for her family, and was singing its praises. Our third colleague scoffed at our dull, utilitarian automotive buys; he had snatched up a year-old, low-miles Lexus LS that had custom burgundy leather interior for about half of it’s cost new. We ribbed him about “Ron Burgundy’s rich Corinthian” leather. He just smiled and said, “Burgundy interior is a small price to pay for that car at that price.”

The lesson? Economists don’t buy new cars. No matter if your taste in cars is Prius or Lexus, used is a better buy. A new car is always tempting: the latest technology, newest styling, the idea of showing it off. But do like the economists do: resist the urge and purchase a used car instead. In just about every situation buying a lightly used car will save you money.

Why Buying a Used Car is a Good Idea

When you purchase a new vehicle and drive it off the dealer’s lot the car is considered used and instantly drops about 10% in value. The depreciation clock starts ticking, and the most value will be lost in the initial few years of ownership.

On average a car will lose about 20% to 30% of its value in the first year and then about 10%-15% a year for the next few years. In about three years the car could be worth below 60% of its original value, meaning it’s worth as little as half of what you paid for it new.

And the more expensive the car the steeper the initial drop in value. Expensive luxury vehicles tend to depreciate the quickest, like the Lexus LS with burgundy leather. That is partly because they are frequently leased and not bought due to the high price point and payment. Leases are usually short and result in a large volume of subsequent lease returns that increase the inventory of used vehicles for sale.

A popular used car website iSeeCars conducted a study in 2017 analyzing cars with the highest 3-year depreciation. The top money losers: Cadillac, Mercedes-Benz, and BMW models, all losing about half their value.

But even cars that hold their value well will depreciate on average about 35% in the first three years. This is an an opportunity for you to get a good deal with low mileage in the first five years of a car’s life. You can find a reasonably priced car matching your budget and lifestyle with the steepest part of depreciation already absorbed by the original owner or lessee.

even cars that hold their value well will depreciate about 35% in three years, creating an opportunity for a good deal with low mileage.

High depreciation creates an opportunity to pick up a good deal especially if the car remains under warranty. But be mindful of maintenance and repair costs extending beyond the warranty term, or ones that are not covered by the warranty. And note that luxury vehicles are always more expensive to maintain and fix.

In general, cars lose there value much faster than they lose their reliability. Modern cars are built much, much better than cars of even a few decades ago. According to the federal government, the average age of passenger vehicle on the road now is 12 years! So a car a few years old is sill good to go far a long time. So look for a car a few years old, with low miles if possible. An older used car can be a good buy as well, but it is much more of a risk.

Does it Ever Make Sense to Buy a New Car?

In general: No, buying new is never the right option financially. Arguably an exception to this could be a low-cost car that holds its value very well, such as a Honda Civic. If you are able to negotiate a good price, you may be only giving up $2-3k in depreciation. And if you drive it a lot and for a long period of time, you may be able to rationalize it.

Some other reasons for purchasing new (and why you should ignore them):

Those are valid points to consider and you may be able to justify the purchase due to convenience or peace of mind. Or maybe you just having enough money on hand that you simply don’t care. If so, why are you reading this?

But if you do care about saving money, even the 0% financing and a hefty discount on a new car is unlikely to compete with the value you could get from avoiding depreciation.

Buying a New Car vs Buying a Used Car

In the end, the decision comes down to price, depreciation, interest rate, and the length of time you plan on keeping the car for.

For price, always do research (like with Kelly Blue Book or eBay Motors) about what the model you’re interested in is selling for.

With depreciation, the maximum depreciation is in the first few years, so generally buy before the five-year mark to avoid the worst deprecation while still having maximum reliability. Cars that are expensive usually depreciate fast and are prime candidates for buying used. They will drop in value quickly and by a significant amount.

Cars that are expensive are prime candidates for buying used. They drop in value quickly and by a significant amount.

Interest rates for new cars can be lower than for used, but these loans are usually only for a few years, so a change in the interest rate does not move the needle much. A zero-percent interest rate may be tempting, but it will not be enough on its own to save you from the significant losses due to depreciation, do the math before you jump on that special offer. Better yet, save up and and buy with cash, if possible.

The length of time you plan on keeping the car also shouldn’t matter much. It’s generally preferable to keep a car until your needs change or the car begins to need expensive repairs. If you intend to hang on to the car for only 3-4 years you should definitely opt for used as repairs are not likely to be an issue (or at the very least also consider a lease; I’m not usually a fan of leasing but it might be a better option than buying new).

I’m over 50 now, and have never bought a new car. I doubt I ever will. But I after a couple years of driving the Prius, I splurged on a Porsche as a second vehicle. Used, of course.

A Couple Examples With Math

We did these calculations a few years ago, but the basic math still applies.

We’ll omit taxes and fees for both scenarios. With 0% interest on the new car purchase, it’s simple, you will have paid exactly $39k by the end of the loan.

For the used car purchase we will take a 3-year loan (36 months) at 4% interest. By calculating your payoff you will find that by the end of the loan you would have paid a total of $22,056. That is almost $17k less than the $39k paid for the new vehicle. Assume you had to purchase an additional extended warranty for $2,000 you would still have saved $15,000.

Note that we omitted the monthly payment specifically so that it doesn’t become the focus and you pay attention to the totals instead. But the payment on the new car loan comes out to about $650 and used at about $496 per month.

To sum it up take the savings of $15k and weigh them against your reasons for purchasing the car new. Understanding the numbers will allow you to use reasoning and not allow feelings or emotions to cloud your decision, whatever it might be.

The math is again simple for the new purchase, at 0% special financing (excluding taxes) you are paying the full $20k.

With the used car, you are financing for 3 years at 4% interest and 20% down payment. The total you would have paid is $14,705. That is over $5k of savings. With an additional extended warranty costing $1500, you will be saving about $3800 if you paid for the warranty in cash.

Keep in mind this example is assuming 0% financing on the new car if you took out a loan at 4% for 60 months the new car would cost an additional $1,700 in interest, making the savings $6,700 and a more compelling case for buying used. 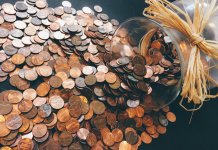 First Steps to Start Saving Money on Any Income 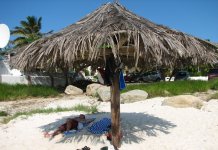 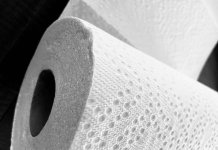 DollarPeak.com is for educational and informational purposes only. Material shared on this blog is not meant as professional financial advice. Some rates or numbers used may change and or differ from actual numbers, please use at your own discretion. I may earn a small commission for my endorsement, recommendation, testimonial, link or affiliate link to any products or services from this website. Also as an Amazon Associate I earn from qualifying purchases. Your purchases help support this site. Thank you!
© 2023 DollarPeak.com
We use cookies on our website to give you the most relevant experience by remembering your preferences and repeat visits. By clicking “Accept”, you consent to the use of ALL the cookies.
Do not sell my personal information.
Cookie SettingsAccept
Manage consent

This website uses cookies to improve your experience while you navigate through the website. Out of these, the cookies that are categorized as necessary are stored on your browser as they are essential for the working of basic functionalities of the website. We also use third-party cookies that help us analyze and understand how you use this website. These cookies will be stored in your browser only with your consent. You also have the option to opt-out of these cookies. But opting out of some of these cookies may affect your browsing experience.
Necessary Always Enabled
Necessary cookies are absolutely essential for the website to function properly. These cookies ensure basic functionalities and security features of the website, anonymously.
Functional
Functional cookies help to perform certain functionalities like sharing the content of the website on social media platforms, collect feedbacks, and other third-party features.
Performance
Performance cookies are used to understand and analyze the key performance indexes of the website which helps in delivering a better user experience for the visitors.
Analytics
Analytical cookies are used to understand how visitors interact with the website. These cookies help provide information on metrics the number of visitors, bounce rate, traffic source, etc.
Advertisement
Advertisement cookies are used to provide visitors with relevant ads and marketing campaigns. These cookies track visitors across websites and collect information to provide customized ads.
Others
Other uncategorized cookies are those that are being analyzed and have not been classified into a category as yet.
SAVE & ACCEPT
MORE STORIES

Paper towel alternatives will be your reusable, ecological, new favorite way to save money. If you consider the cost and environmental impact of paper...